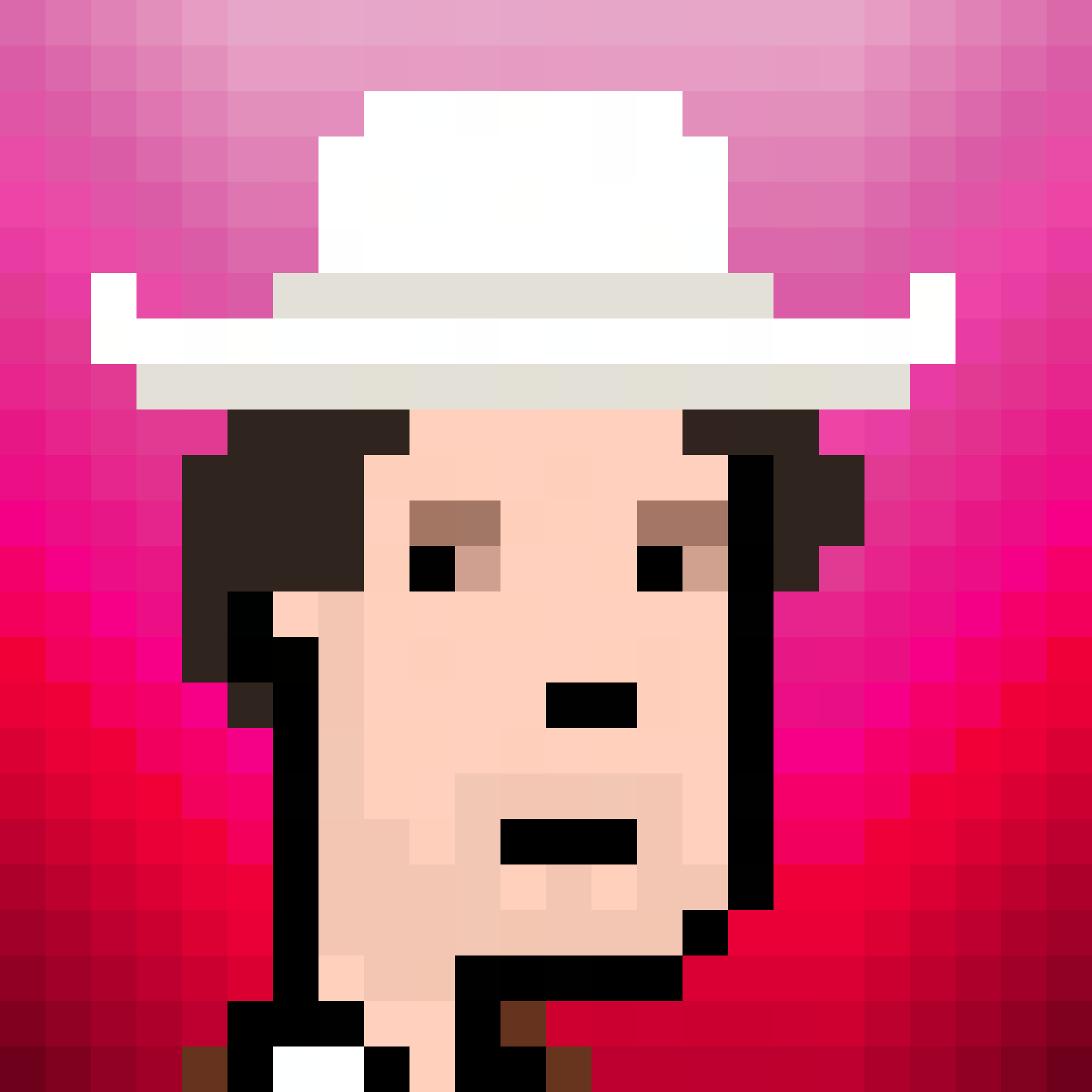 In the most straightforward sense, social tokens (STs) are blockchain assets with characteristics between fungible and non-fungible tokens (NFTs). Strictly speaking, they are fungible tokens in that each token is no different than another. However, they differ from usual fungible tokens, for example, $ETH or $BTC, in that they represent access to a community or person; they have a social dimension. To illustrate, consider art vs. artists; an art NFT is a unique piece of art; an art ST allows access to an artist.

In this light, STs don’t reveal anything particularly unique or transformative; you might think they are equivalent to putting a fan membership card on the blockchain, and, indeed, this is one use. However, their full utility is much more expansive. This article aims to look at them in a transformative sense by looking at them as a tool to accumulate something I will call creative capital.

Capital – We all want it, but what is it?

Capital is a term used regularly, yet people can use the word to refer to very different things. It is common to think of capital as money, but more accurately, it is the product of investment. We can think of investment as denominated in money and/or time; for example, money to buy machines and time to learn skills to produce something (say an NFT).

Traditionally capital is divided into two groups – physical and human. We usually think of physical capital as machines, tools, etc. Human capital is skills or education. When we invest time/or money, we produce these two types of capital.

With this noted, these traditional categories of capital, physical and human, fall short of describing the many types of capital that exist; for example, in the book ImpactDAOs the authors name eight types of capital: social, material, financial, living, intellectual, experiential, spiritual, and cultural. The common thread is that they all require investment now to achieve future goals. To attain spiritual enlightenment, you must invest your time building spiritual capital. If you want to create a bridge, you need to invest in the materials needed for construction and invest the time to learn how to build the bridge. Capital is building the capacity to do.

While it is common to think of capital in line with capitalism, which linguistically, of course, makes sense, raising capital is the goal of any organization, including – governments, businesses, non-profits, individuals, and DAOs, regardless of the type of economic system. Capital is needed to achieve a goal, whether for profit or not. If you have a mission that requires an investment to accomplish, you need to set aside time and/or money to build capacity; we call this build-up capital.

Paying for Capital, the Renaissance, and Airbnb

Thus far, we have framed investment interpersonally. As in, I put aside time or money. But what if you want to build up capital but don't have the time or money to do it? One option is to get money from someone who has lots; lending money from those that have to those that don't is a huge driver of our global economy, and it can be quite controversial, yet it is essential to state something obvious. Capital isn't the controversial thing; unequal access to it is.

Those with capital have what so many want and can ask a lot in return, and a lot could historically mean very illiberal things, like slavery or your life. As a result, social norms often evolve to ensure that access to capital is equitable and ethical. To illustrate this, consider two very different real-world examples: usury and Airbnb.

Usury is a term that refers to the perceived corrupt nature of lending money at a price or interest rate; interest rates are just the price of borrowing money. For much of history, social norms have forbidden money lending at any interest rate. In fact, most major religions forbade usury at one point or another, and it was commonly believed in many western religions that if you lent money, you would go to hell (that's a pretty high price to pay).

Yet, the birth of the Renaissance in Italy coincided with the advent of modern banking systems that broke these norms, allowing the lending of money, unleashing capital, and facilitating commerce. See the link for the fascinating story of how one family, the Medici, got around charging interest on loans, and with time the Catholic Church began doing business with them. To make a very long story short, the Medici were able to rebrand and revise the social norms around the lending of money.

At first blush, it will seem disconnected, but this is similar to the flourishing of Airbnb. In an interesting interview with Joe Gebbia, a founder of Airbnb, he explains how Airbnb got around the norm of charging to stay in someone's home. It is custom to let guests stay for free, and Joe suggests it feels very awkward to pay someone for it. This norm no doubt has deep historical roots; if you have capital in the form of a home, it is unethical to charge for it, given it could be a matter of life or death -- you shouldn't profit from doing a decent thing and letting someone rest their head in your abode.

Joe realized a considerable demand for the capital locked up in people's homes. He just needed a method to break this social norm. While Joe certainly wasn't threatened with going to hell by doing so, he did just as the Medici did in the Renaissance and found a way to work around social norms, thus unlocking capital. He rebranded your home as a type of hotel. You could pay online and book without feeling you were in someone's home.

Social norms as barriers to unethical behavior is an incredibly rich topic, and I am doing injustice to it by even attempting to touch on it in a few paragraphs. But, there is an important takeaway message. There are logical reasons laws or norms can exist, but there is also a perfect reason to believe they can be outdated and should be replaced. I will try to avoid all the subtleties inherent in this conversation, and just state capital is good, and we should have an open mind when we consider breaking down social norms that act as a barrier to it – if we can find a fair and ethical way to give people access to capital, we should jump on it.

I was first made aware of social tokens by fellow CityDAO citizen Pat Santiago. Pat is a UX/UI designer from New York. In early 2022 Pat realized it would be a great career opportunity to attend ETHDenver, which is a major event in the Web3 and metaverse space. Pat believed it would be an excellent investment to attend, as he would establish connections and learn skills there. However, he didn't have enough money to go, so he sold the PatNFT to raise money. The NFT had two components: (1) Pat would exchange, or buy back, the token for work directly, or (2) if you held on to the token, you would get a percentage of Pat’s earnings from DAO-related work.

Pat figured it would build his human capital. Recall our brief discussion of human capital above. In the past, some famous economists suggested that it should be possible to issue human capital contracts. The idea is simple. Education is expensive yet very valuable. Why not allow contracts such that you get money to go to school, and return part of your increased earnings to those that invested in you? The problem is people don't like them; for the same reason that many don't like the idea of charging interest or paying to stay in someone's home, these contracts have been complicated to issue. With this, I am tempted to ask - are social tokens the sleight of hand similar to what the Medici used to get around usuary? Perhaps. Maybe we just need some rebranding.

Social Tokens as Currency in the Creator Economy

The creator economy is a term that applies to internet creators monetizing their creations. It is the growing field of digitally creating art and design for the digital spaces we occupy. These creators need skills to create in these spaces; they need capital. Creative capital is the capacity to do creative things in the creator economy.

Now, you might be thinking, ok, why so hung up on definitions? Human and creative capital seem pretty much the same thing. But, I intentionally use the term as the wording matters a lot. There are all sorts of social norms around these types of contracts. Whenever you are trying to sell something that has traditionally been seen as unethical, you often need to rebrand; from the Medici to Airbnb, rebranding is often the trick.

Written by Scott Auriat (scotta.eth) with contributions from Pat Santiago and Tippi Fifestarr  – This article was made possible with funding by the CityDAO Research and Education Guild