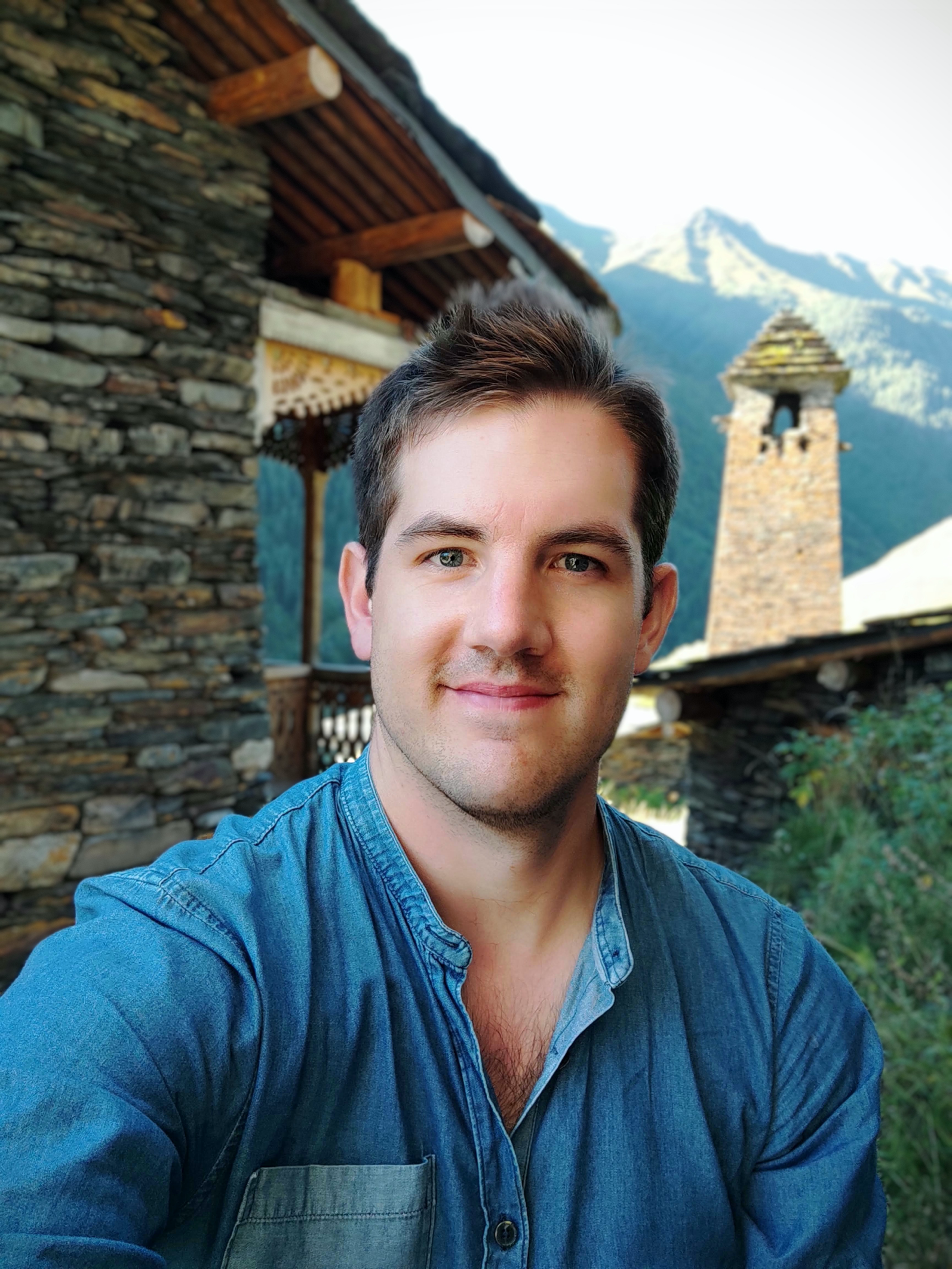 The amount of enthusiasm around CityDAO to build and explore the frontiers of technology and land / governance this past month has been unbelievable. I’m in awe of the quality of talent this DAO is attracting. Time for an update - grab a ☕️ and dive in! 🎉

The CityDAO community is made up of ambitious and HIGHLY curious people exploring and building at the frontier of technology, governance experiments and physical land.

The vision of CityDAO is to build the city of the future on the Ethereum blockchain by experimenting with tokenizing land, rights, and governance. 🏙

Huge thanks to Vitalik for including us in his Crypto Cities blog post. I think the following tweet sums up how I felt seeing that:

“It’s so amazing to see how much he is still involved with communities.”

MASSIVE shout-out to @odyslam who has worked tirelessly to make this a reality after CityDAO was de-listed from OpenSea in September. For more info on what happened there see the September CityDAO roundup (linked at the bottom of this article).

We’re working on the best way to get everyone moved over to the new smart contract. For people on the OpenSea contract, you’re all good and no need to do anything at this point (I’m still in this situation myself). We’ll announce to everyone when we have a robust transfer plan in place. :) Thanks in advance for your patience. 🙏

We're working on algorithmically generating the plots now that we have land purchased. Any volunteers that want to help out with navigating how to plot out land, DM @greg in the CityDAO Discord server or let him know in the #dev channel.

Here’s the most recent Loom update of the project.

Huge shout-out to @Bpetes, @odyslam, and @Blackeagle who have helped with the frontend of the CityDAO NFT minter.

Also, thank you to all the citizens and community members who have provided wonderful feedback. We live for continuous improvement!

For anyone who wants to get a Citizen NFT, you can do so here:

🌆 Check out this audiovisual remix of the citizen token @yiction made!!

Here is a link to Yiction’s post with the audiovisual remix. Note: you need to be in CityDAO’s discord to navigate to the url.

🌆 Love this boost of Vitalik’s post by CityDAO citizen @armstrong! 😀

🌆 Check out this secret door at a build_hub coworking space

One of our first build_hubs in Coeur d'Alene Idaho has an underground lair/bar/cigar lounge that uses the same fob as you use for coworking.

🌆 YES!!! Congratulations to friend of CityDAO (and early core member who was pivotal in helping us build momentum ❤️ ) @Rlamis on the launch of CommonLands!

🌆 Huge shout-out to @emmy for firing up a project like this!

As an aside, @alexthims is also into 3D modelling, check out some of his work below 🔥

🌆 Round of applause to @bpetes and the BanklessDAO team behind the DEGEN bot for POAPs!

We used to handle POAPs in a different way and it was SUCH a pain. The wonderfully industrious folks at BanklessDAO created a bot called DEGEN which makes it so much easier.

Big thanks to @Bpetes who is one of the many people who are in both the CityDAO and Bankless communities. He got us on the beta test list. :)

DAO<>DAO collaboration is a beautiful thing!

🌆 Shout-out to the discussion in CityDAO on the pros & cons of purchasing Kanye’s 3000k+ acre Wyoming ranch!

The channel has some interesting perspectives from various people. Definitely worth a read and if you have thoughts, please add!

Also, highly recommend checking out this playlist of Pod of Jake episodes with people working on city-building projects:

*From Nate’s intro:*Now doing Offline.vc and where we have invested / participated in several Web3 projects. Bonus Points I own a 50 acre ranch in Wilson, WY.

🌆 For anyone who sees this before November 9th, @bhaumik (cityDAO member) will be hosting an AMA with former ESPN journalist in the Krause House DAO Discord 🏀

🌆 Check out this neat project from @shawn - a tool to mint quotes as an NFT!

🔥 PleasrDAO purchases the one of a kind Wu-tang Clan album from the US government for 4 million!

The web3 and hip-hop world rejoice!

RZA talking about the purchase. As someone who has followed this album since the first auction, this was so cool to hear.

🔥 I’m so damned bullish on Mirror!

In August, Mirror airdropped $WRITE tokens to the community based on their contributions to Mirror. Each recipient was able to share the tokens with people in their network and help them start publishing and enjoy the Mirror toolkit. Many of these new members have gone on to create valuable projects and build their own vibrant communities, raising awareness around Mirror and creating more value within our ecosystem.

In many cases, it’s hard to know who will provide incredible value to our community until they start contributing. We must reflect as a community on contributions and retroactively reward those who build alongside us. We would like your help to find and reward those actively contributing to the Mirror ecosystem.

🔥 Proof of Humanity gets a boost from Vitalik!

🔥 Crypto, Culture & Society continues to be on fire with great updates!

Highly recommend checking them out if you haven’t already. Learning DAOs FTW! 🙌

A learning DAO exploring the impact of crypto on culture and society.

For everyone involved in DAOs, you know how important onboarding can be. Krause House DAO has a done a fantastic job. Huge shout-out to @mario lopes and @eli for coordinating a team to design this flow! I’m proud to have been able to contribute, even if only a little bit. :)

If you’re interested in learning more about Krause House, check out their Flight Paper here.

🔥 Founding Citizens @nicovalencia & @katy’s IndieDAO update: next round of applications are open! 🎊

Random lines taken out of context from the CityDAO community

Hi all! Vitalik from ethereum here. Very excited about physical-world governance experiments in general and hope that great things can come out of citydao!

By day I am a real estate executive at a global multifamily firm.  I manage a multibillion-dollar portfolio.  I have had 20k units under direct management throughout Southern California, Northern California, AZ, and Colorado. I would like to be a member of the DAO and use my extensive experience to help effectively monetize Real ventures.

we're all learning so much here, really appreciate the commitment to hearing everyone's voice but also making shit happen

I have an amazing Bengal cat

A well-oiled DAO relies on a reasonable idea/output ratio to make progress.  Agree here with the leadership team that any objections need to be met with a proper proposal in the forum and ideally an owner to execute that proposal if voted in favor of.

How will proof of human align with NFTs and voting rights?

Do you think this s is a purely digital community that develops/invests in dispersed real estate assets, or a DAO that is governance infrastructure to build a tangible, place based communities (a town, a neighborhood, and innovation district, where being a citizen is your passport to have agency within it). These have similar qualities but are very different goals

you mean the snapshot platform? we use it

I'm living in Nonce, which is crypto community based on Seoul!

The lesson of Project 1 for me was to compartmentalize complexity and ship results fast. So I think we could have a roadmap that does something like: P1 Buy something. P2 Get yield on something. P3 Have a citizen managed thing. P4 Manage something with a tangible sense of community (hub). P5 Build a community from scratch.... and so on, for example

To me the main point of CityDAO is trying to merge IRL legal systems and blockchain so the host countries legal system would have to evaluated.

I'd like to see how real world land management can happen through a DAO and a decentralized governance system.

I am the one of the first e-Residents of Estonia in China, and helped the e-Resident community built up the early ecosystem.

I have family in Casper, so that also attracted me to this project.  I am ready to participate in any way possible and have a background in PR, government, design and some development.  Let me know what I can do to help!

I believe with more people jumping onto the metaverse, there is more need than ever to connect the physical universe with the metaverse, with awareness of the environment and good intentions 🌱

I build guitars, cure meats, ride motorcycles, do woodworking and leatherworking, code, do graphics and 3D design, and literally anything else I can learn or tinker with.

I think profit from CityDAO properties should be used to fund buying land so we can build a city to make our land use decisions, not just owning fragmented properties. Is that in line with CityDAO?

Gig RVs owed by the DAO dispersed in areas across the nation!

excited to join this revolutionary initiative

Background in legal advisory business, my firm licensed 70+ crypto exchanges, including some of the best known players in Europe. Sold the legal business in summer 2021, and now full time in crypto.

Does anyone know the geographic boundaries (i.e., coordinates) of the parcel that was purchased?

Index Coop is grappling with some of these issues and in general my observation is that DAOs need to accept that hierarchy isn’t always the same as bureaucracy. It may be useful to chart out the various functions, create working groups with budgets (use Snapshot to approve?), and then have WGs execute relatively autonomously. Each WG could report monthly on progress to some sort of leadership council.

If anything, let's buy/build an algae farm that sequesters carbon

the whole point of a digital city is that we can be a community even before the land. The land is good but, if this succeeds we can have people join us digitially even if they aren't here physically.

I biked (bicycle) almost 800 miles from Salt Lake City, UT to Santa Monica, CA in the heat of June this past summer. It was extremely difficult, but I loved every moment.

love this yea, Metafactory did a real world merch booth an MCon at an art gallery and it was a hit. in person physical purchases with attached metaverse wearable NFTs

I would like to advise CityDAO on collaborative architectural strategies around concurrent BIM modeling.

I have played in Google Map for more than 100 hours.

Is there interest and support amongst the community to start a community run YouTube channel/podcast on this project? I host a non-related podcast series, and would be happy to volunteer some of my time to host the interviews, organize the questions, post to the channel etc.

🐦 Some recent tweets we love

I am so excited for this resource:

These days @move37 works at NASA by day and by night, he drops gourmet CityDAO memes 😁

That’s it for this roundup folks. Until next time, have fun in web3-land!